There are no external runtime dependencies and all required source code, totalling roughly 80,000 lines of (primarily) C, is included in this repository, save for Kuroko, which lives separately. 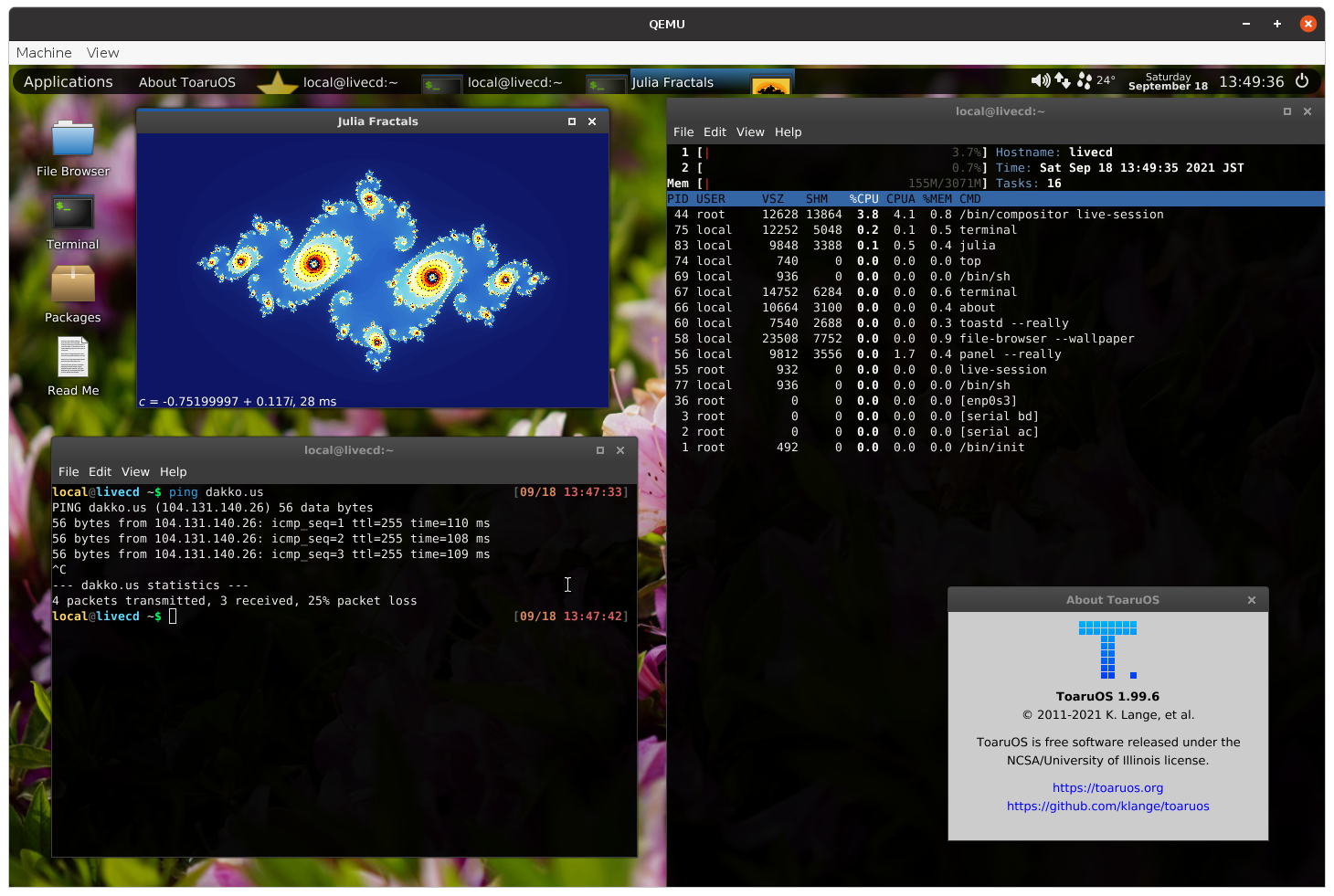 ToaruOS has been in development for over ten years, and the goals of the project have changed through out its life time.

When it was initiated in December 2010, the OS was a personal project, and its focus was on the individual learning of its author.

With time, ToaruOS's relatively advanced graphical interface and other features have inspired new hobby OSes, and the goals of the project shifted towards providing a reliable learning resource.

From its initial release through the middle of 2018, ToaruOS's userspace was built on top of the Newlib C standard library implementation as well as various third-party libraries such as Cairo and Freetype.

Since the release of 1.6.x, all third-pary runtime dependencies have been removed or replaced, and ToaruOS has been entirely "in-house".

In April 2021, work began on ToaruOS 2.0, which brings a rewritten kernel for x86-64 (and potentially other architectures) and support for SMP. The new "Misaka" kernel was merged upstream at the end of May.

General users hoping to build ToaruOS from source are recommended to use our prebuilt Docker image, which contains all the necessary tools:

The legacy BIOS loader has been tested in VirtualBox and VMWare. For both, set up a virtual machine with an "Other (64-bit)" guest OS and attach the CD image. A least 32MB of display memory and 1GB of RAM are recommended. Some hardware configurations may not be supported.

EFI systems are also supported, though the EFI loader remains experimental. ToaruOS can also be booted in Multiboot-compatible loaders, such as GRUB.