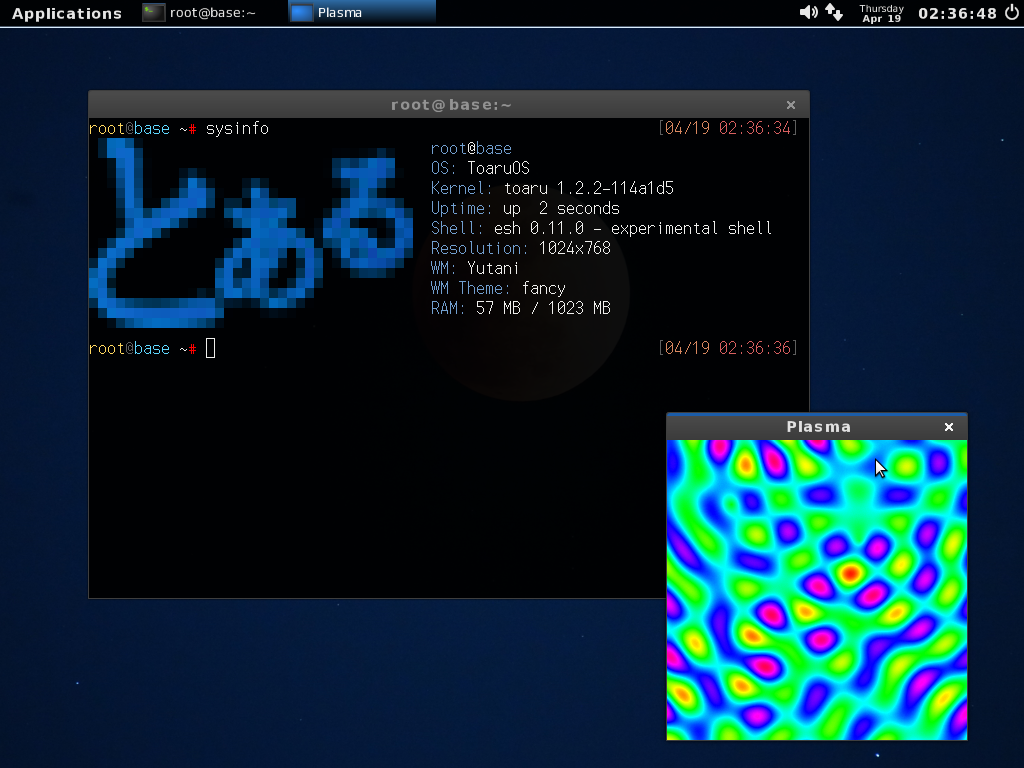 This distribution aims to eventually replace the core of the mainline ToaruOS, with the various third-party components building against our own C library. This is a long-term project.