ToaruOS is a hobbyist, educational, Unix-like operating system built entirely from scratch. It includes a kernel, bootloader, dynamic linker, C standard library, composited windowing system, and several utilities and applications. All components of the core operating system are original, providing a complete environment in approximately 60,000 lines of C and assembly, all of which is included in this repository. 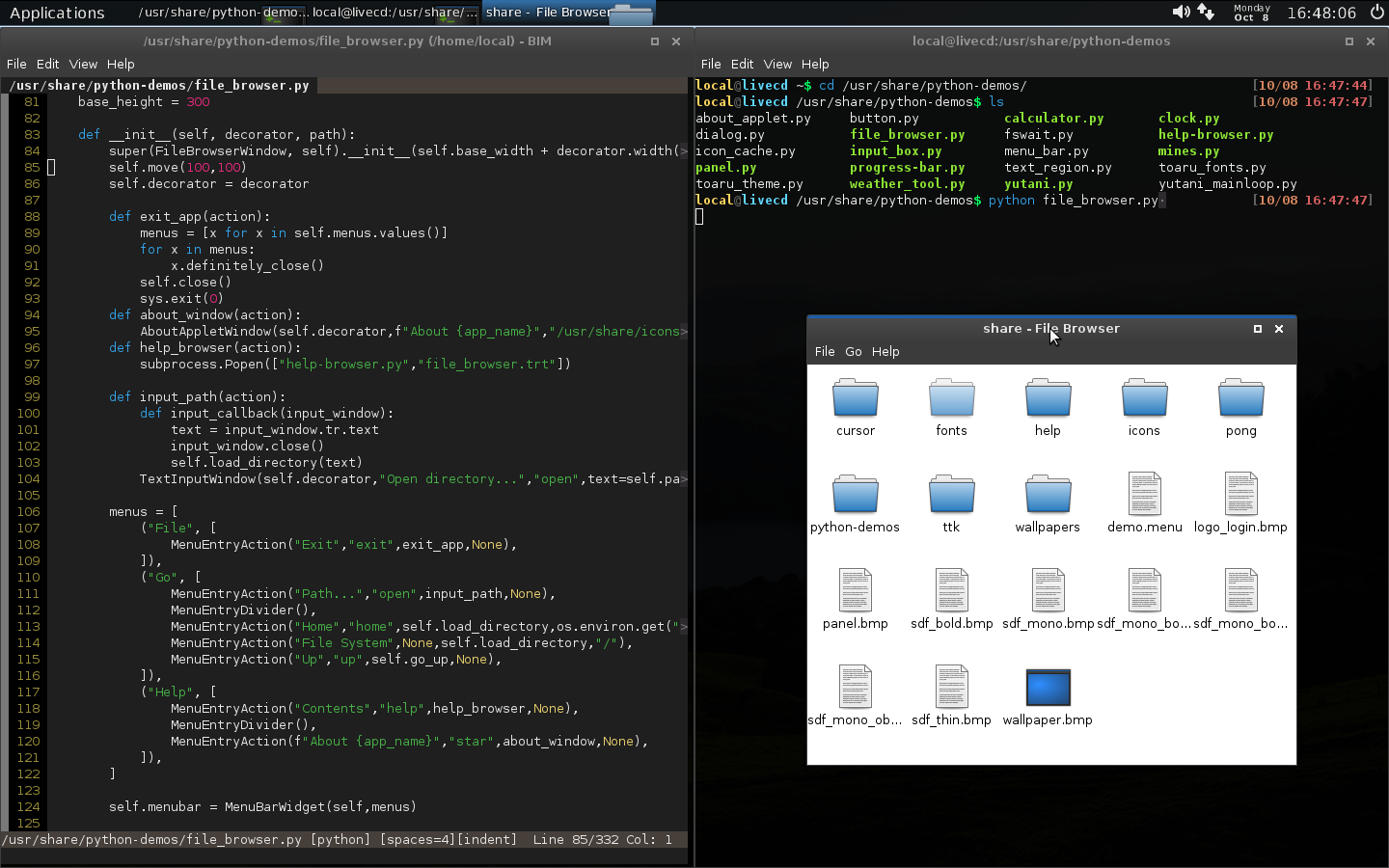 Early in its development, ToaruOS was focused on providing a modern graphical user interface built on top of an efficient composited window manager. More recently, that focus has shifted towards providing a more compliant Unix terminal environment, including an Xterm-alike graphical terminal emulator (with support for several escape sequences including 24-bit color and alternate screen buffers), several utilities, and a shell (though it is not very POSIX-y).

Prior to the merging of the "NIH" branch, ToaruOS was capable of running Binutils and GCC and could build its own kernel and core userspace (and also had a port of Bochs in which to run the resulting images), but was not demonstrated to have been able to build GCC and Binutils themselves due to limitations in the native shell. In its current state post-merge, GCC is no longer available, and the effort to bring back Binutils is still ongoing. We hope to have ToaruOS fully self-hosting, including peripheral build utilities, by the end of 2018. The current blockers include several pieces of C standard library support, as well as a port of libstdc++. Consideration has also been put towards development of our own C compiler.