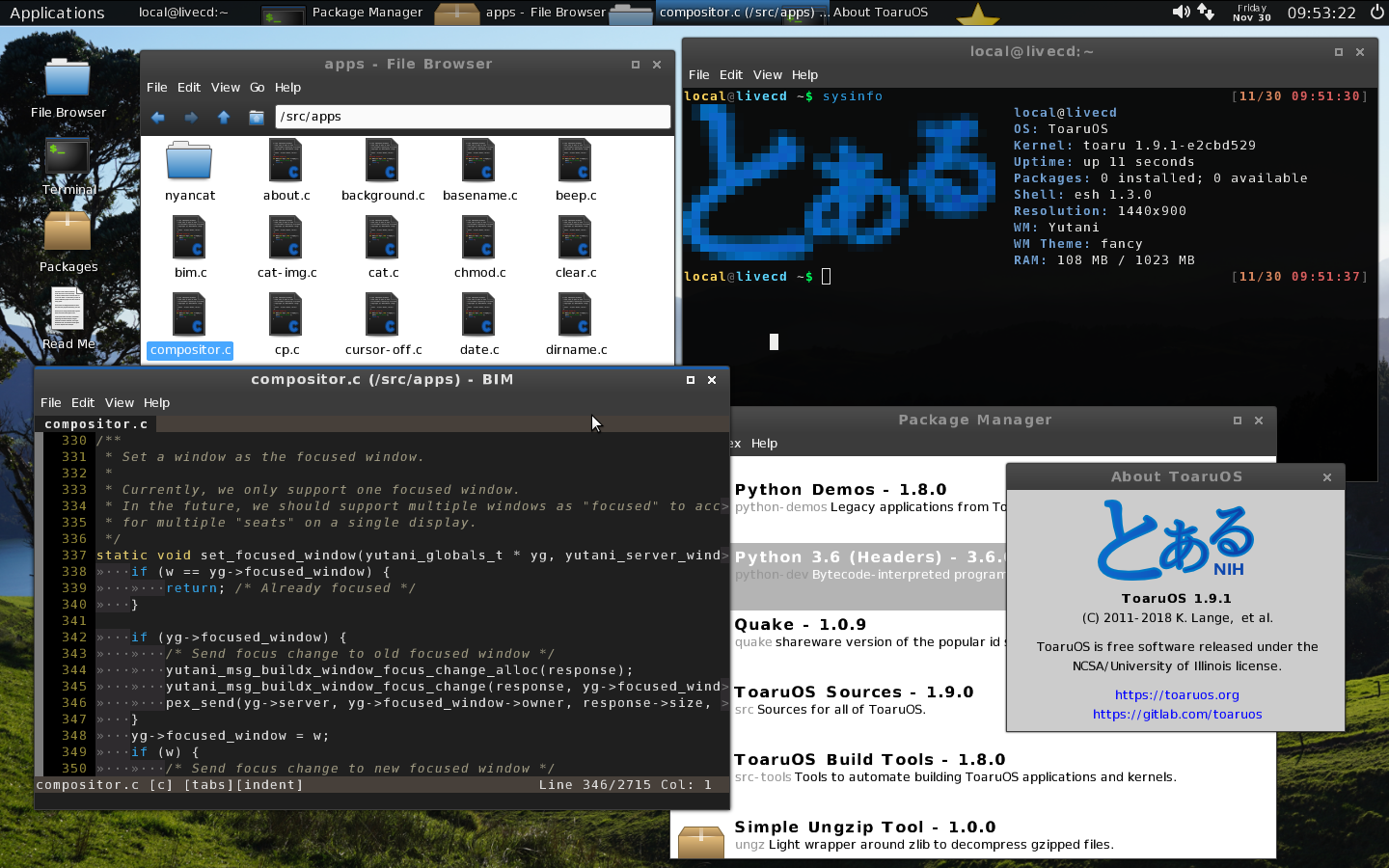 Plans for 2019 include a 64-bit kernel port, more filesystem drivers, and an installer. We're also working on our own C compiler toolchain.