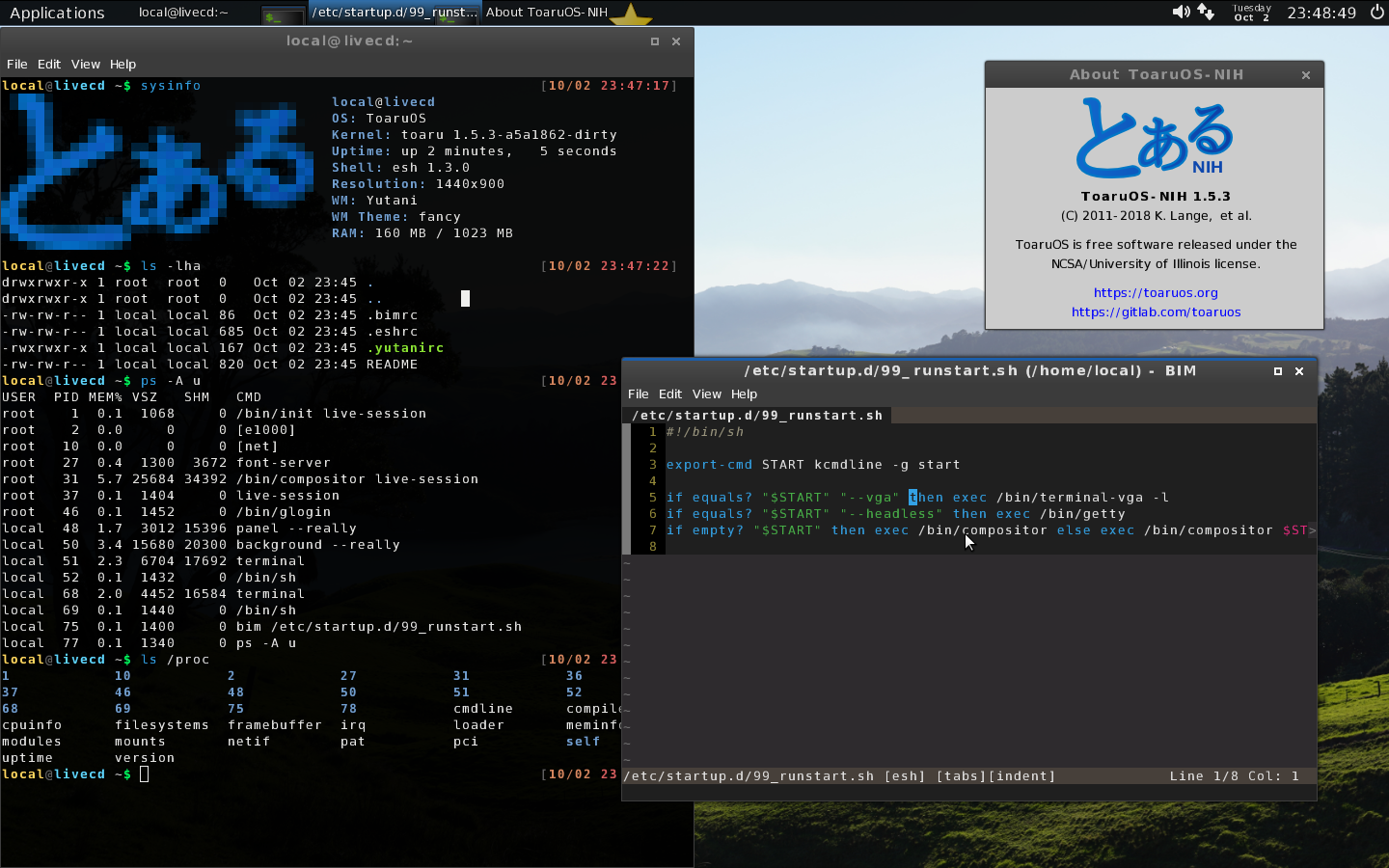 There are instructions on building Python 3.6 available from the github wiki.

Freetype backends are available for the Terminal, decorator, and menu library.

Once freetype is built and installed to base/usr, make ext-freetype will build the extension library. Place the required fonts, which you can find here, in base/usr/share/fonts.

Many ABI changes have been made since ToaruOS 1.2.x, as have several API changes. We expect to make several more API changes moving forward, leading up until an eventual stable 2.0 release.