ToaruOS is a hobbyist, educational, Unix-like operating system built entirely from scratch and capable of hosting Python 3 and GCC. It includes a kernel, bootloader, dynamic linker, C standard library, composited windowing system, package manager, and several utilities and applications. All components of the core operating system are original, providing a complete environment in approximately 80,000 lines of C and assembly, all of which is included in this repository. 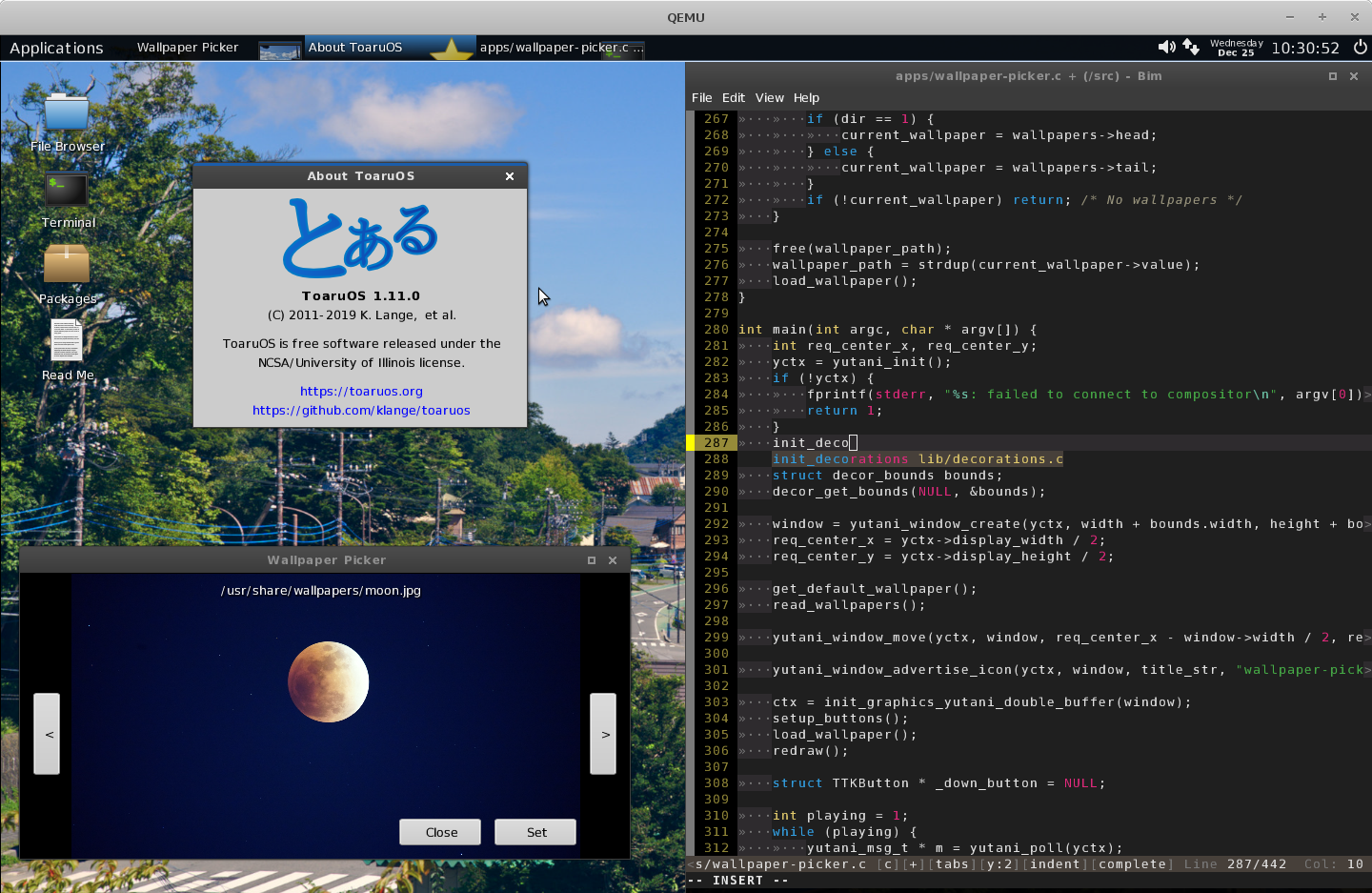