ToaruOS is a 64-bit, hobbyist, educational, Unix-like operating system built entirely from scratch. It includes a kernel, bootloader, dynamic linker, C standard library, composited windowing system, and several utilities and applications. All components of the core operating system are original, providing a complete environment in approximately 80,000 lines of C and assembly, all of which is included in this repository. 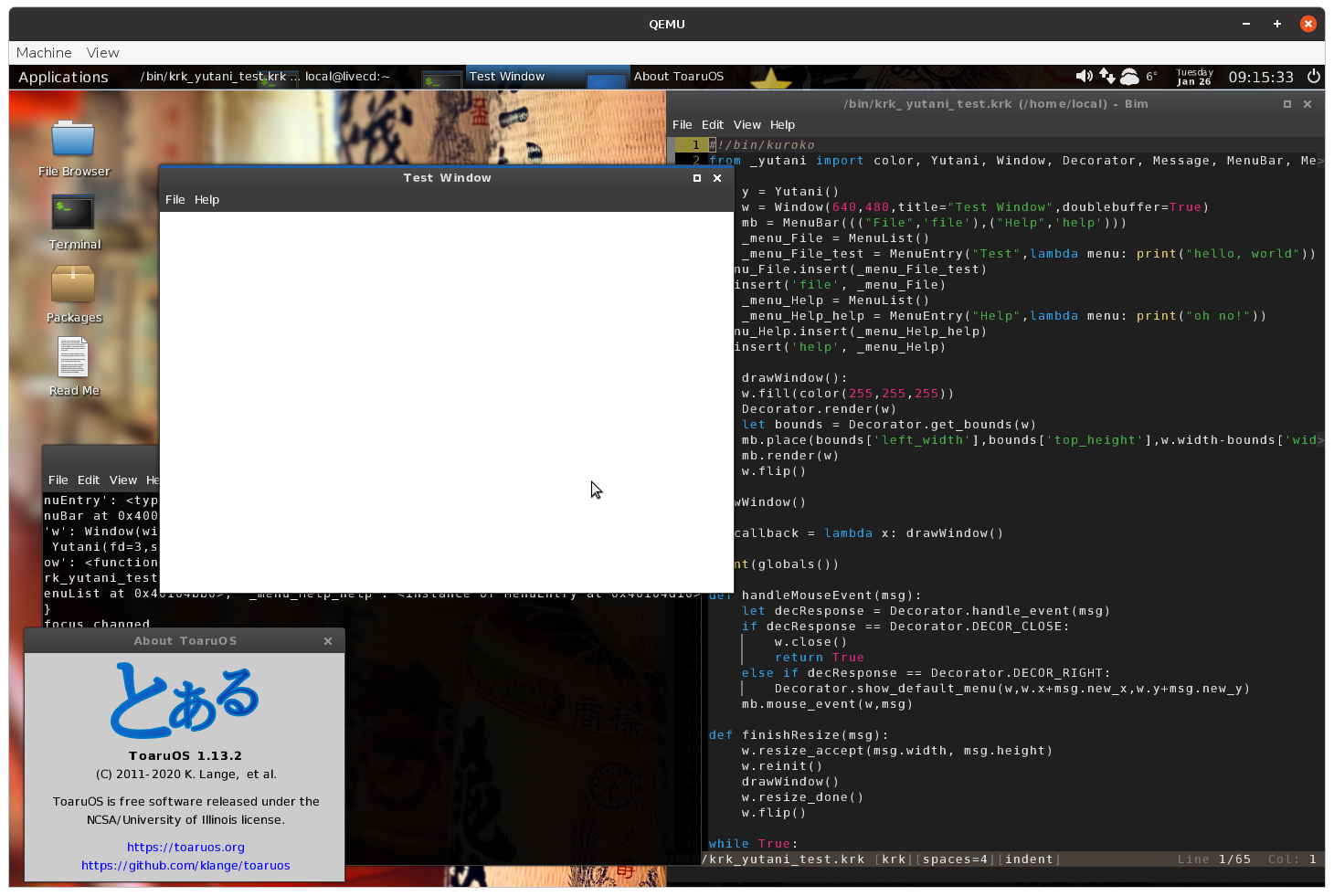 In April, 2021, work began on ToaruOS 2.0, which brings a rewritten kernel for x86-64 (and potentially other architectures) and support for SMP. The new "Misaka" kernel was merged upstream at the end of May. Completion of ToaruOS 2.0 is currently ongoing.

This section is being updated to reflect changes in ToaruOS 2.0 and may be outdated or incorrect.

To build ToaruOS from source, it is currently recommended you use a recent Debian- or Ubuntu-derived Linux host environment. Our build machines generally run Ubuntu 20.04 (the current LTS as of writing).

After building like this, you can run the various utility targets (make run, etc.). Try make shell to run a ToaruOS shell (using QEMU and a network socket - you'll need netcat for this to work).

The Makefile uses a Kuroko tool, auto-dep.krk, to generate additional Makefiles for the userspace applications libraries, automatically resolving dependencies based on #include directives.

In an indeterminate order, the C library, kernel, userspace librares and applications are built.

Currently, the build tools in this repository will produce a kernel binary and a compressed ramdisk, which can be used with a Multiboot-compliant loader such as GRUB. QEMU also provides direct support for loading Multiboot kernels:

Until the native bootloaders are ready for ToaruOS 2.0, testing in other virtual machines can be done with GRUB.